Everything You Need to Know About Tinnitus 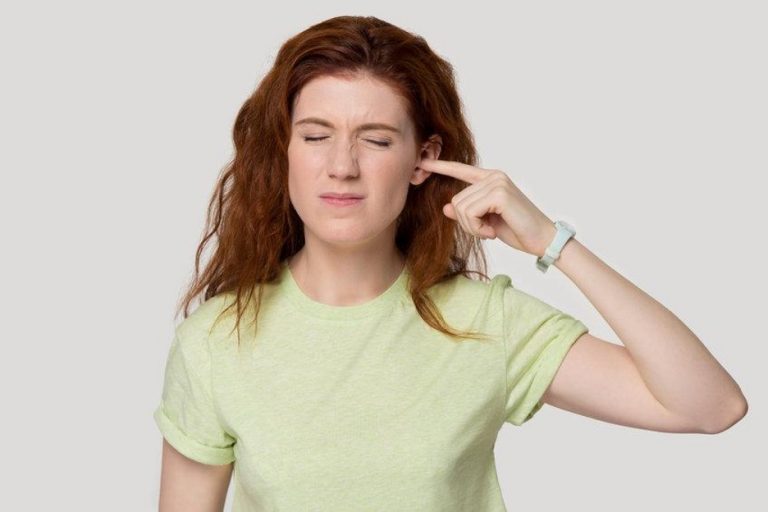 Do your ears constantly ring or hum? Do you experience phantom sounds that aren’t actually there? If the answer is yes, then you know exactly how awkward and annoying the sensation can be.

You likely ignore the buzzing sound coming from deep within your ear canal the first time it happens and go about your day as usual. The problem starts when an inner noise you cannot ignore persists despite your best efforts. Here is when you start an internal dialogue, trying to convince yourself that nothing should concern you. However, as the days pass and the loud noises and buzzing sounds don’t stop, you may begin to suspect that the ringing will never stop. Hearing noises in your ears that don’t correlate to the external sounds around you can be related to a condition called tinnitus. Continue reading to learn more about this common sign of hearing loss and what you can do if you’re experiencing the effects of tinnitus

What Is Tinnitus, and How Is It Identified?

Tinnitus is a brain and ear condition caused most often by hearing loss, acoustic trauma, and malfunctions in the brain or eardrum. In most cases, tinnitus is associated with phantom noises, but unlike other hearing disorders, it affects everyone differently. Some people hear whistling or humming sounds, while others experience pitch, volume, and perception changes randomly. The sounds may come from just one ear or different areas of the head.

There are multiple areas where tinnitus can develop, including the inner ear, middle ear, and brain. It is unknown specifically what triggers tinnitus, but doctors believe inflammation, tumors, and damage to the eardrums or auditory nerves are likely culprits. Tinnitus is also commonly associated with hearing loss from age, and many other factors can also contribute to its manifestation, such as a severe stress reaction, exposure to excessive noise, and substance abuse. Additionally, certain hearing loss disorders such as Meniere’s disease, medications used to treat malaria, depression, and rheumatism have been directly linked to tinnitus side effects.

How Common is Tinnitus?

No matter whether you are currently dealing with tinnitus or suffer from it intermittently, you are not alone. Tinnitus is one of the most common health conditions in the United States, affecting millions of people. Nearly 15 percent of Americans—more than 50 million Americans—suffer from some form of tinnitus, according to the U.S. Centers for Disease Control. A staggering 20 million people suffer from chronic tinnitus, while 2 million suffer from extreme and debilitating cases.

In general, there are two types of tinnitus:

There are also a few subtypes of Tinnitus:

How Can You Tell If You Have Tinnitus?

Keep an ear out for the following symptoms:

How Long Does Tinnitus Last?

In most cases, the cause of tinnitus is unknown. In the absence of damage to the auditory system, your provider will investigate these possible causes:

What Should I Do If I’m Affected By Tinnitus?

Intrusive noises in the ear that occur suddenly usually disappear on their own. It is usually sufficient to give yourself, and your hearing, a rest. But what do you do if the whistling or whooshing noises just won’t go away?

If the ringing in your ear lasts longer than 24 hours, you should consult a medical professional. The sooner you treat acute tinnitus, the better your chances of recovery and preventing chronic tinnitus.

What Solutions Are Available?

Tinnitus symptoms can be extremely difficult to diagnose and treat without knowing the cause. Once you understand what you are dealing with, it becomes much easier to alleviate the condition. Treatment options vary depending on the reason for the condition. Many people find relief through cognitive behavioral therapy, noise-cancellation devices, or hearing aids. You can use these methods to manage your symptoms and maintain your quality of life. If your problem stems from otosclerosis, surgery may be the best way to restore your hearing.

If you’re experiencing symptoms associated with tinnitus contact us at Wichita Falls Hearing in Wichita Falls, Texas. We have a skilled and caring team who will help you find the best treatment available to suppress or eliminate the noises. We can also help treat any hearing loss issues you may have.

Reach out today to get the relief you need!

Give us A Ring!

We look forward to hearing from you and finding ways to help you hear better! Click The button below to call us!

We use cookies on our website to give you the most relevant experience by remembering your preferences and repeat visits. By clicking “Accept All”, you consent to the use of ALL the cookies. However, you may visit "Cookie Settings" to provide a controlled consent.
Cookie SettingsAccept All
Manage consent

This website uses cookies to improve your experience while you navigate through the website. Out of these, the cookies that are categorized as necessary are stored on your browser as they are essential for the working of basic functionalities of the website. We also use third-party cookies that help us analyze and understand how you use this website. These cookies will be stored in your browser only with your consent. You also have the option to opt-out of these cookies. But opting out of some of these cookies may affect your browsing experience.
Necessary Always Enabled
Necessary cookies are absolutely essential for the website to function properly. These cookies ensure basic functionalities and security features of the website, anonymously.
Functional
Functional cookies help to perform certain functionalities like sharing the content of the website on social media platforms, collect feedbacks, and other third-party features.
Performance
Performance cookies are used to understand and analyze the key performance indexes of the website which helps in delivering a better user experience for the visitors.
Analytics
Analytical cookies are used to understand how visitors interact with the website. These cookies help provide information on metrics the number of visitors, bounce rate, traffic source, etc.
Advertisement
Advertisement cookies are used to provide visitors with relevant ads and marketing campaigns. These cookies track visitors across websites and collect information to provide customized ads.
Others
Other uncategorized cookies are those that are being analyzed and have not been classified into a category as yet.
SAVE & ACCEPT
Powered by